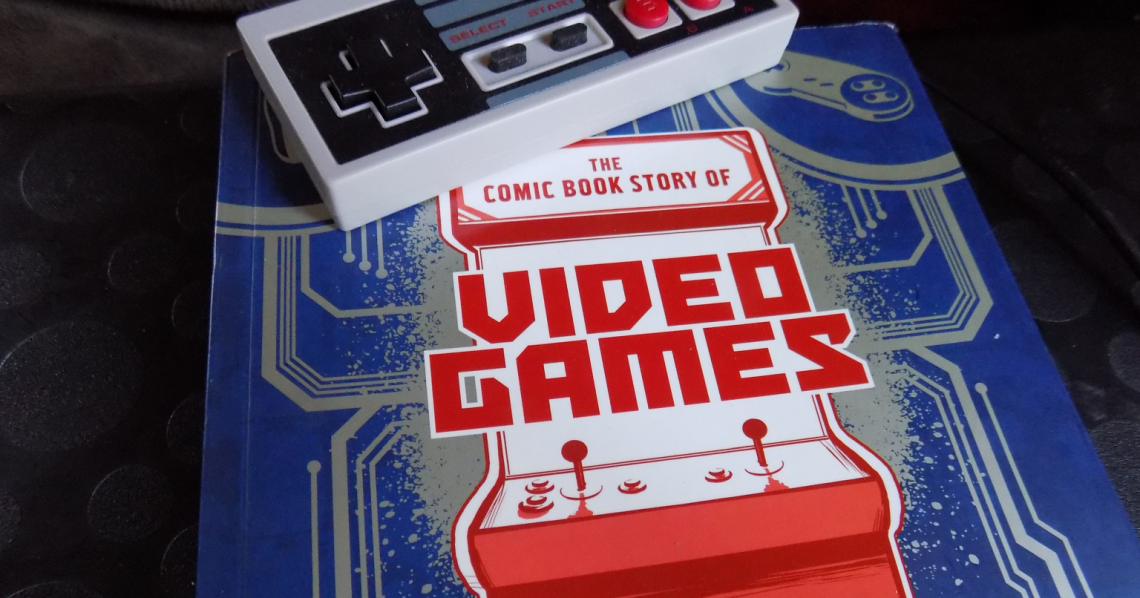 I’ve had this graphic novel sitting on my shelf for too long, setting aside a good time to sit down with it. These past couple of days, however, I’ve been flipping from page to page this excellently illustrated and narrated journey through the history of video games. I completed it last night and enjoyed it quite a bit. I never knew that so many unlikely events lead up to the powerhouse of video games that exists today. Seeing as the website I run here is currently undergoing a blend of games and books, I think this is a perfect topic for us all here. So, without further ado, let’s light some diodes and insert a quarter with The Comic Book Story of Video Games: The Incredible Journey of the Electronic Revolution. “Let’s a-go!”

What is The Comic Book Story of Video Games?

So what is this book, The Comic Book Story of Video Games? It is a fun history book written by author Jonathan Hennessey, with art by Jack McGowan. The book release was published through Penguin Random House and Ten Speed Press in 2017. As usual, I tried to track down a press kit so I can share some images to no avail. But the author has put together a very visually stylized, and only a little bizarre (and ,) little trailer for the book on YouTube so I’ll post that here.

This book aims at a conventional story arc history of video games ranging from the adventurous capers of MIT pranksters playing Spacewar! back to coin-operated saloon nickelodeons to the rural Japanese forest as origins of Super Mario Bros. This story does not skimp out. I learned more than I thought I would about the history of video games. I had always wanted to know some of this stuff but didn’t really know where to start. The nice illustrated presentation mixed with a who’s-who of the retro gaming world puts the game world on a silver platter.

From the start, I think my favorite person to learn about was Nolan Bushnell, the proprietor of PONG and Atari (he also invented Chuck E. Cheese!) This guy was simultaneously a brilliant improviser and an unlikely hero. Hennessey described Bushnell as someone who initiated–by sometimes questionable methods–the unlocking of the market for the game industrty. In my opinion, this is pretty common in the tech industry and it leads to some great results afterward. If you’ve ever seen the TV film Pirates of Silicon Valley, which I should talk about someday, you’ll know all about this. Incidentally, Steve Jobs makes an appearance later in the book too to bring it full circle.

Highlights of The Comic Book Story of Video Games

The number of people referenced in The Comic Book Story of Video Games is plentiful. About half of the book starts with a lot of interesting but unexpected origins from military experiments and breakthroughs like the creation of cavity magnetron radar. I don’t know anything else about that, but you’re bound to possibly get a little choked up about some of the wartime tragedies that oddly have a place in video game lore. Some might want to get straight to the pranksters, hijinks, and contemporary games. This preface stuff is a very interesting way of telling the story though.

Necessarily, the book turns pretty lighthearted and often hilarious around the introduction of PONG. If you don’t know what this game is you’re kind of missing out on a pivotal era of consumer product history. That’s okay though because it’s all here. My only familiarity was the pong system in my childhood friend’s basement, which we got yelled at for hooking up. For any Gen-Xer or earlier, you’ll probably remember all of this stuff fine.

The re-enactment of it all from the Commodore 64 to Sega Genesis probably has more drama and depth than you probably knew. Most of this is lightened up with Shigeru Miyamoto’s invention Mario and the epic integration of that character into the pop culture lexicon. There’s even a pretty fun mention of Will Wright, one of my favorite game developers of all time, with his games Sim City and The Sims.

Who Is It For?

If you’re at all into retro gaming, this book is a real treat. If you’ve ever wanted to read about video games in a way that unveiled all its janky, jimmied, workaround con jobs for some serious laughs, this is it. For example, I really loved how the original PONG cabinet was made out of coin-op washing machines, a wood box, and a bread pan. As a mild electronic enthusiast, I know that sometimes you have to use what you have available to solve certain tasks.

Gamers, comic book fans, and book lovers, this is a really well-written story. It’s an interesting way to blend so many unusual-looking components of history in a uniform style. If you want to know the roots of this hobby, this is a great place to start.

I hope you enjoyed this piece. Thank you so much for reading Mr. Dave Pizza Please take a moment to look around or leave a comment. I review books and games regularly, so be sure to stop by again. Have an awesome day!

Here is a link to the website for this book: https://www.thecomicbookstoryofvideogames.com/

You can also find this at most book store websites for order and probably in stores too. 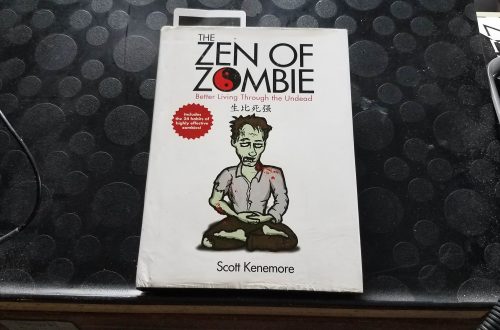 BOOK: The Zen of Zombie: Review 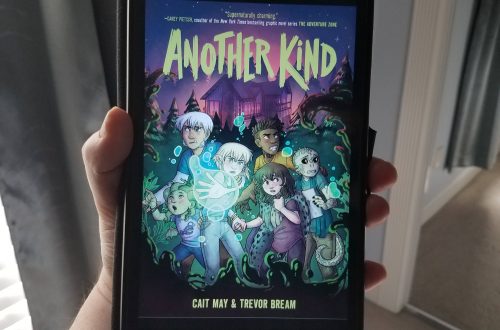 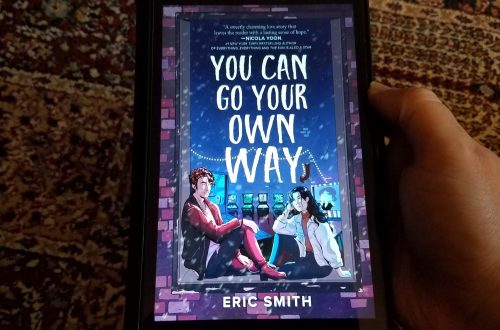 You Can Go Your Own Way by Eric Smith: Pinball Love in Philly: YA Book Review